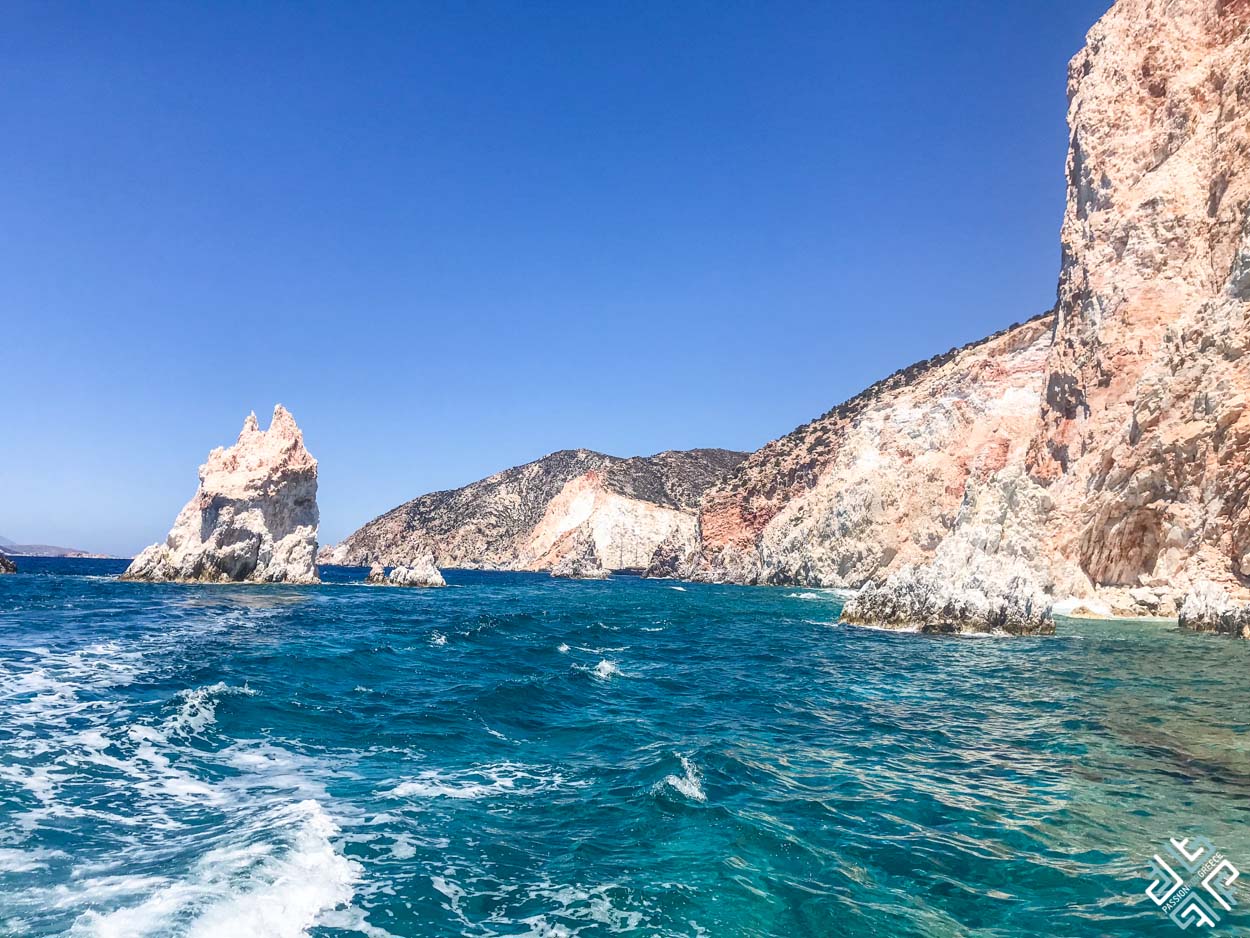 Some of our best trips happen organically. An official body comes along with help- such as press passes like we had from the welcoming people at Visit Bristol. But the reason for the trip starts with personal passion- a word we obviously like!- someone who loves her home city or region, and wants to share the love. That’s how we (Elena of Passion for Hospitality, Chrysoula of Travel Passionate, and I- Amber of Provocolate) found ourselves on easyJet’s new Athens – Bristol Route. Travel Bloggers Greece was invited by Heather Cowper, of the blog Heather on her Travels. Once one person gets the ball rolling, others, also passionate about their town- and their businesses- get involved. Bristol was a very hospitable destination. 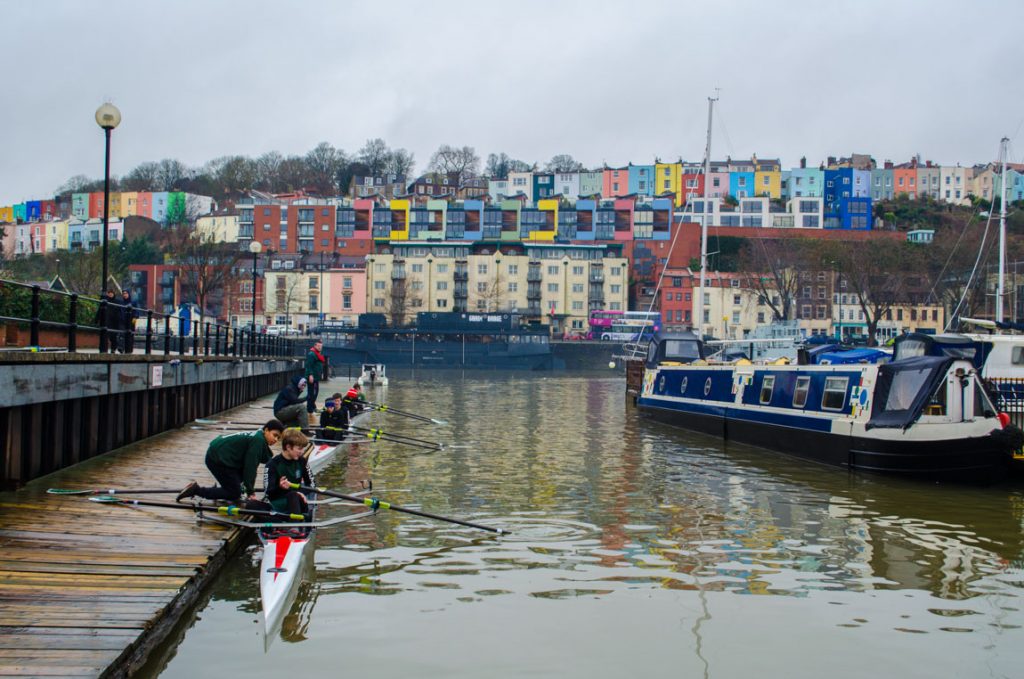 The Athens flight leaves at the after work hour, Budgeting in time you gain with the clock 2 hours earlier in the UK, and you’ll still get there in time for a late dinner or a pint at a pub. We opted for take out to enjoy in our apartment at Beech House. 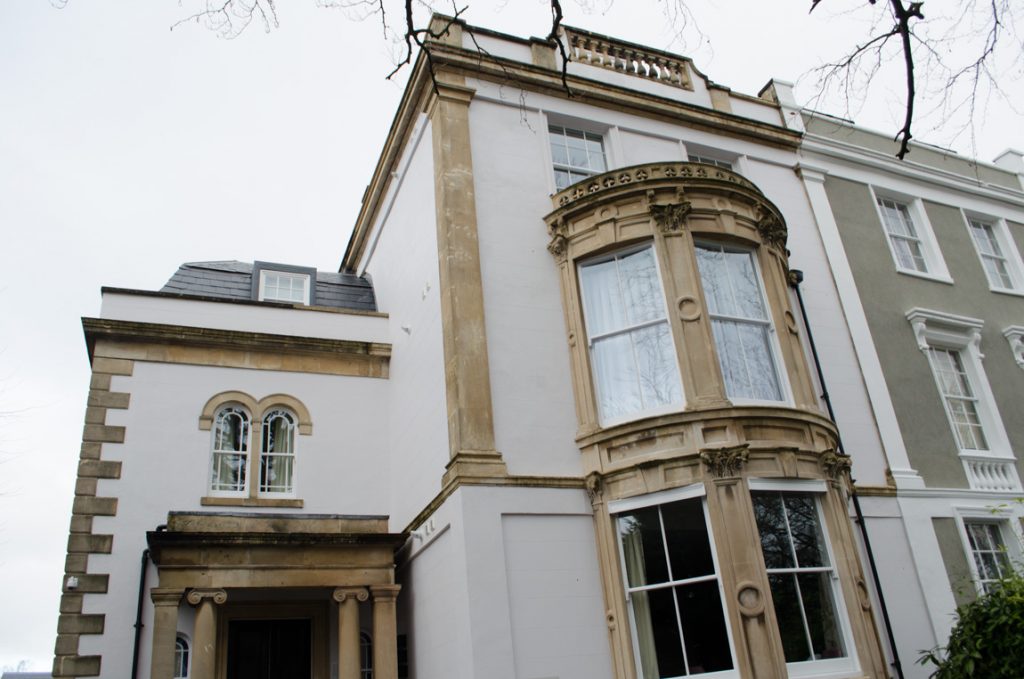 And in this case, eating as much as possible. 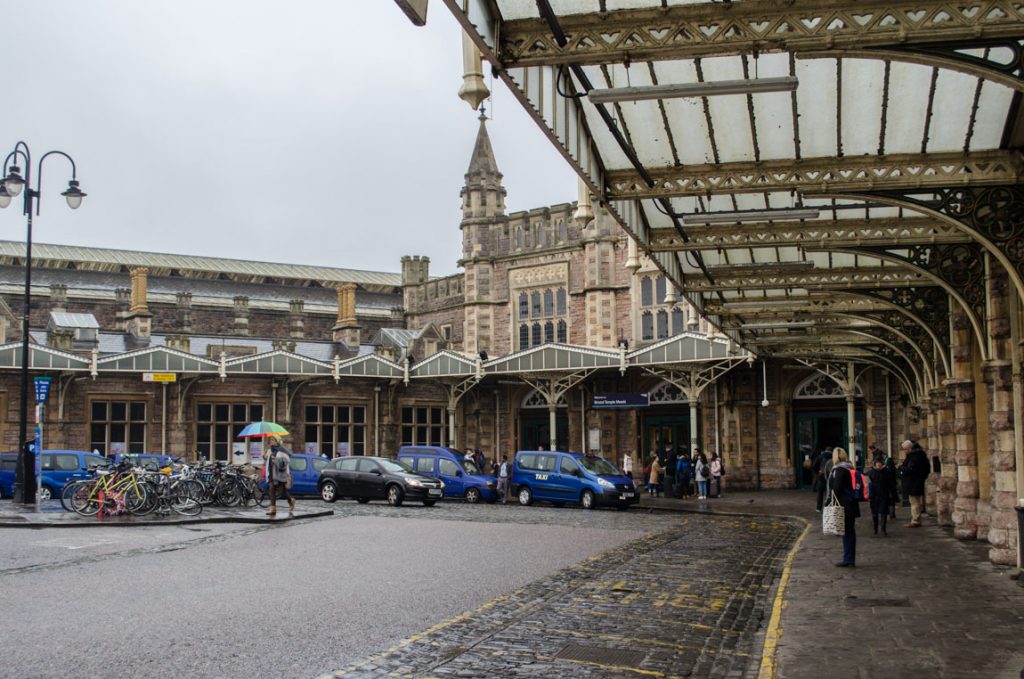 Our first morning started with a great food tour with Brian of Eat, Walk, Talk Bristol. Bristol- an ethnically diverse population since forever- has a vibrant food scene. Add to that the resurgence of interest in artisanal, locally sourced, authentic foods, and you have a culinary culture worth investigating.

Brian had us meet him at Bristol’s railway station– partly because there is a fabulous bakery there. 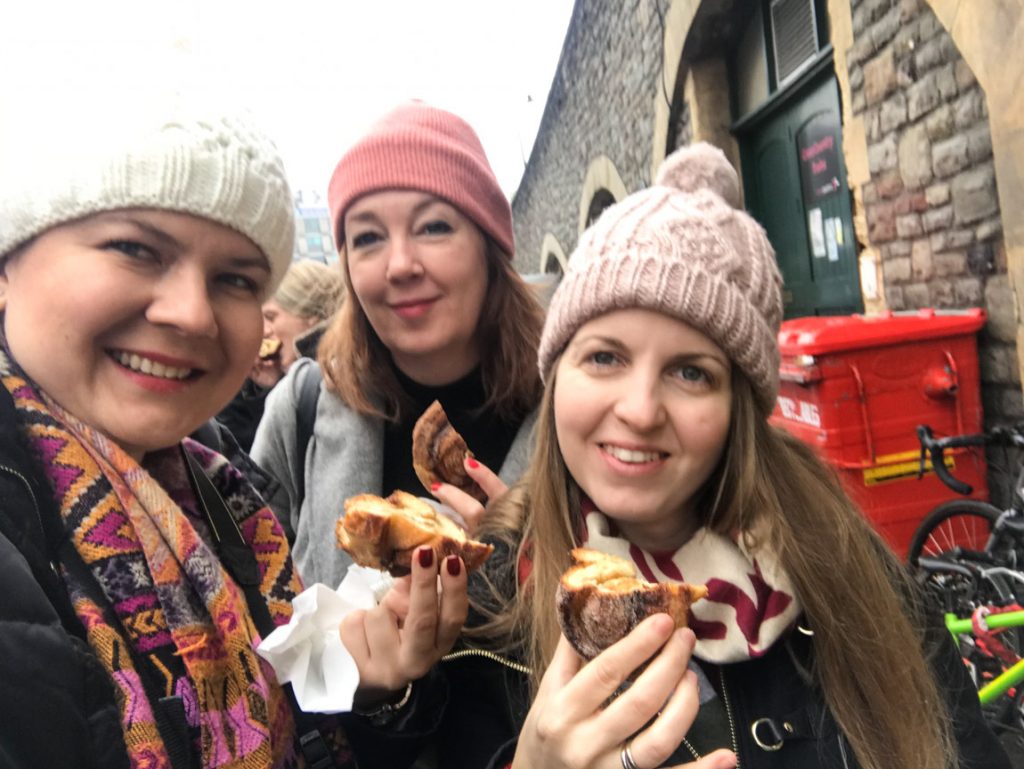 But also to introduce us to the work of a man key in shaping the Bristol of the Industrial Revolution- Isambard Kingdom Brunel- master engineer and designer of this Gothic revival Victorian railway station (and more- but that’s for tomorrow).

We started with a fantastic breakfast pastry, then walked (in a light rain. Didn’t bother us a bit!), stopping soon at the sumptuous Gothic (real Gothic this time) Church St. Mary Redcliffe, one of Bristol’s most famed sites. 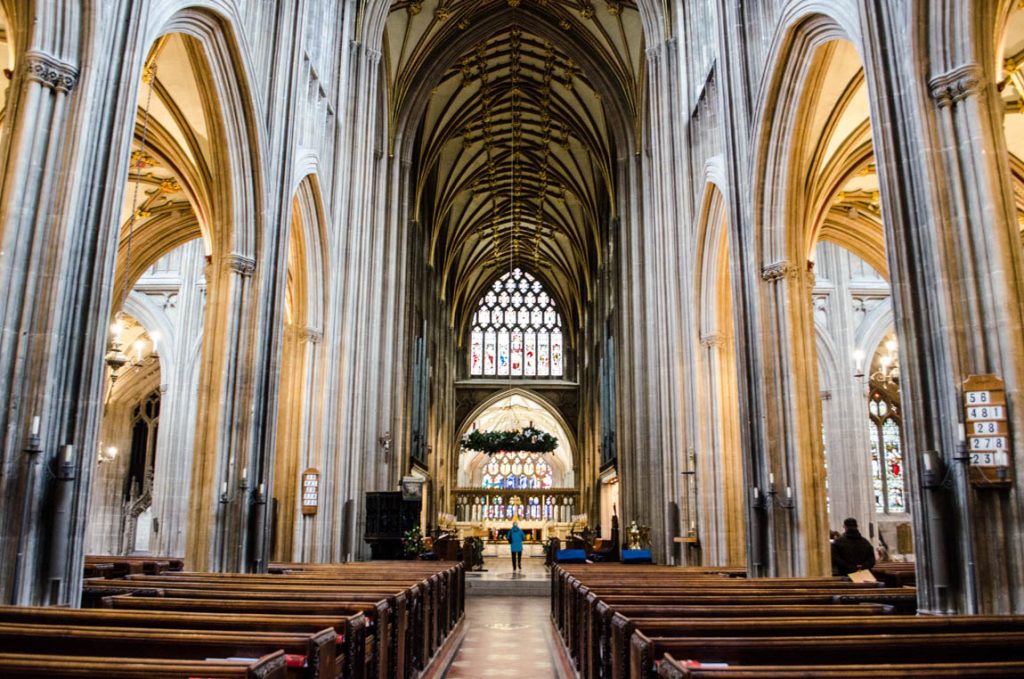 Brian gives the food context- it’s about Bristol food, so you get to know a little about Bristol, too. We came to Wapping Warf, a re-imagined, revitalized harborfront area, the prime feature of which is Cargo– made (of course) of shipping containers, each one now an artisanal food supplier or maker. 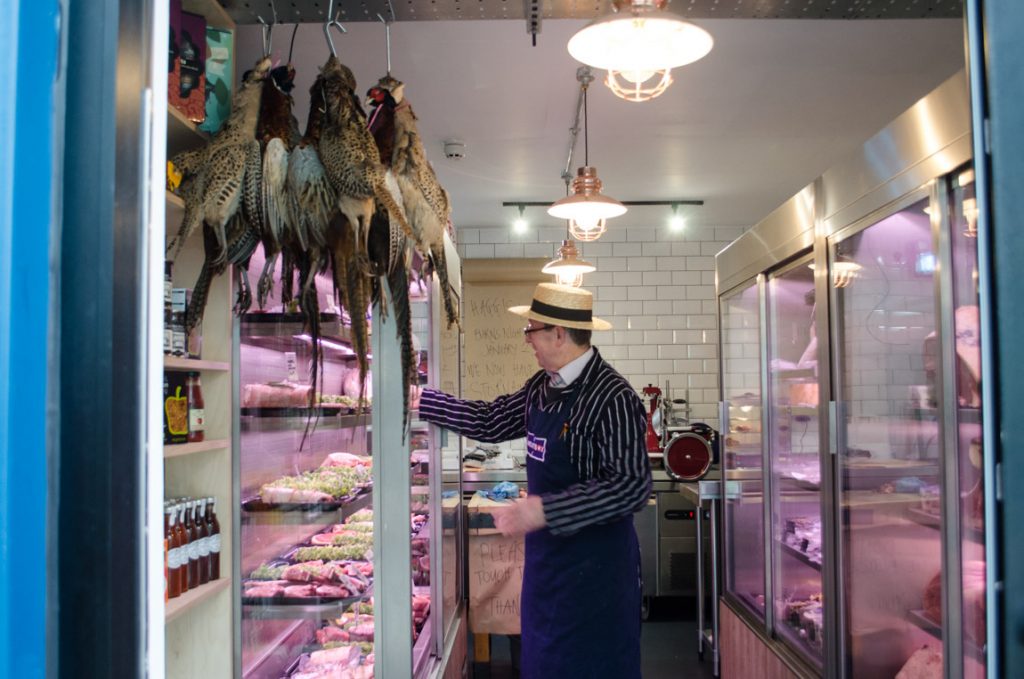 After photographing the hanging game birds (feathers on!) and the old-school butcher himself, we stopped for some salt beef (the British cousin of corned beef and pastrami- and I’m thinking, better). We were told we do not have to eat it all. We ate it all.

Then there were oysters on the half shell with sweet chili and fresh ginger, and a bunch of other things – 9 stops in all, and in between, we crossed the harbor, passed the M Shed (museum of Bristol) saw the Bristol Cathedral (splendid), Queen’s square, and finally ended up at the central covered marketplace – charming!- with some street art on the way.

Banksy is from Bristol and we saw one of his well known pieces. Surely the best title too: ”Well Hung Lover”

The San Francisco Bay area has Berkeley, Athens has Exarchia, Hamburg has St. Pauli, and Bristol has Stokes Croft– like Exarchia without the molotov cocktails. What they share is a common political identity of non-conformist thought and community activism.

When Heather brought us to Stokes Croft to see more street art (there’s lots and it’s wonderful), we were struck by this sense of idealism, evident, for instance, at Hamilton House- a community center with spaces for creativity and learning, an all day cafe bar, and live music every night. 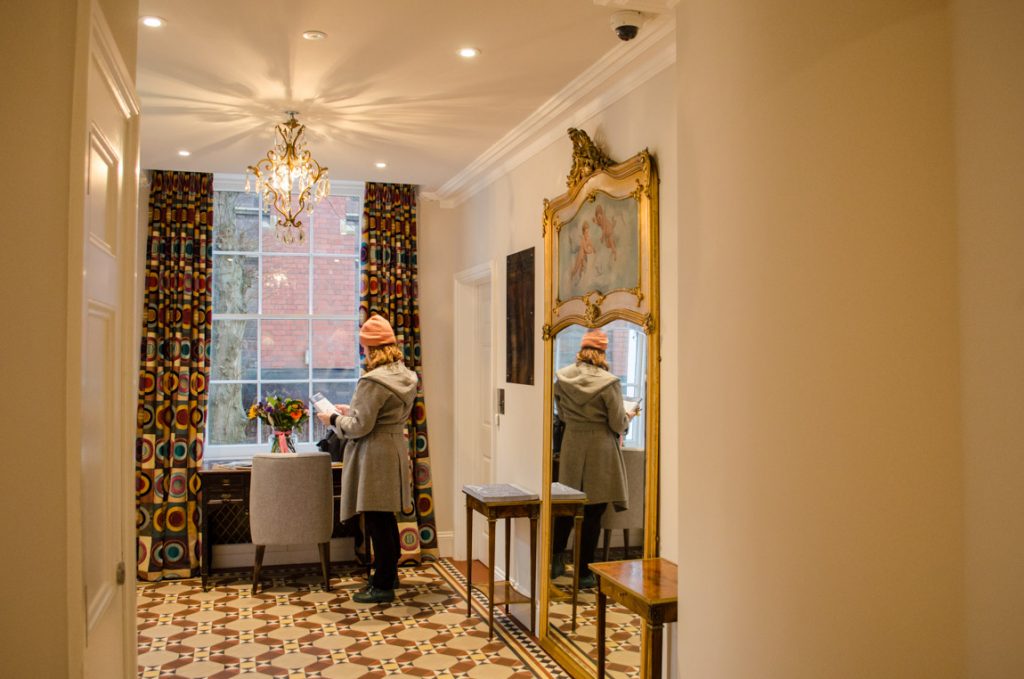 It’s really nice to go to a home instead of a hotel to refresh after a long day. Happily, we had a gorgeous apartment at Beech House – a Victorian villa that has been chicly converted into fully serviced apartments with plenty of personality. We had plush bedrooms plus a modern, fully equipped kitchen and luxury antique-accented living room that very quickly felt like home.

We had a fancy cake and Bristol-style champagne (cider, of course ;)) because we had some celebrating to catch up on. Beech House was in perfect location- right between the harbor and adorable, walkable Clifton- a swanky area of town we would explore the next day. 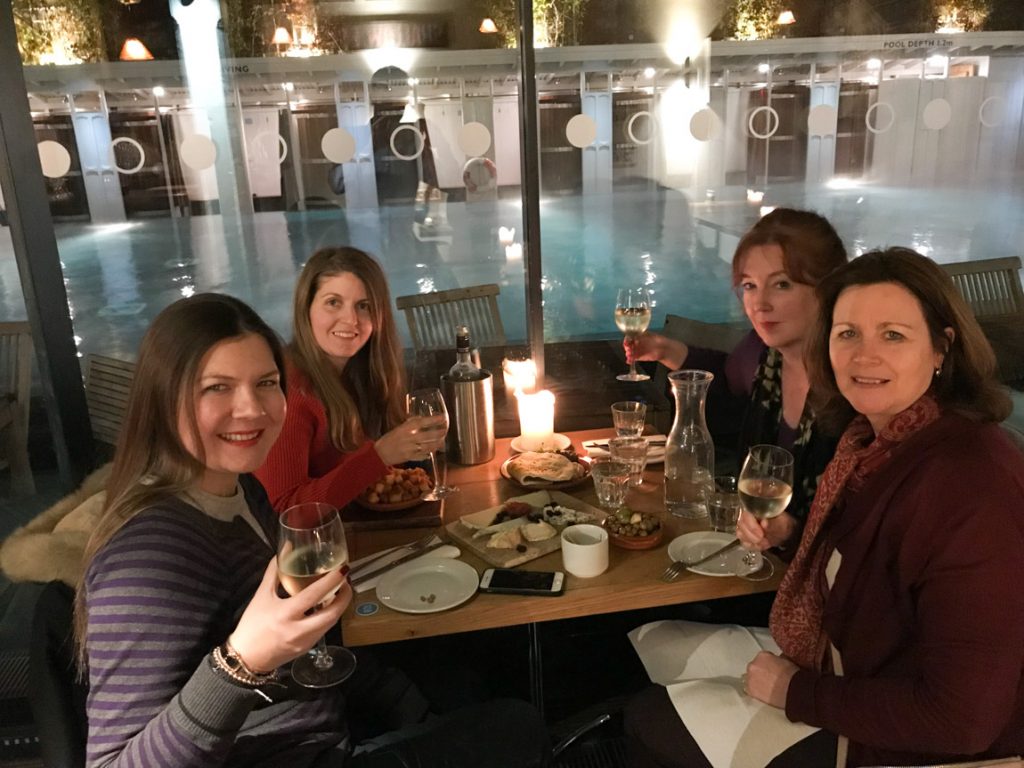 In the winter in Bristol you don’t necessarily think “poolside dinner”. This would be a mistake, because 5 minutes from Beech House was a restaurant with floor to ceiling windows, wrapped around an outdoor pool- the Lido. We had tapas and wine while watching the night swimmers. 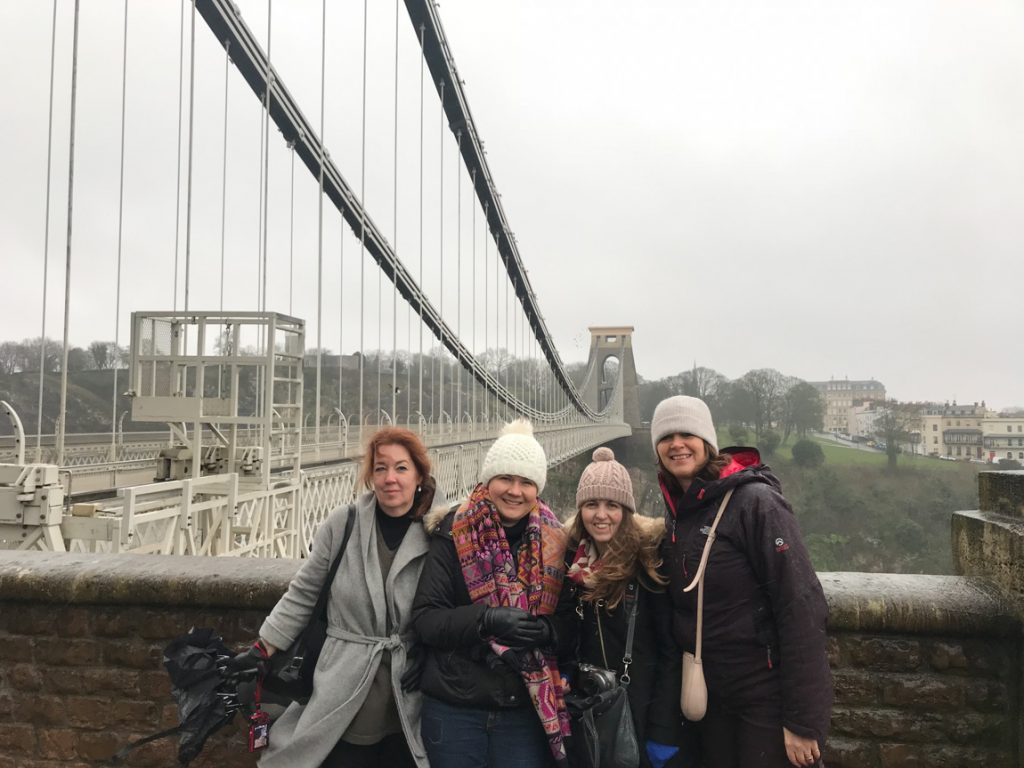 Mention Bristol and one of the first things that comes to mind is the Clifton Suspension Bridge, of 1864. This is based on the work of  Isambard Kingdom Brunel, whose original design of 1831 remained unbuilt on account of the Bristol Riots. The bridge is nearly half a kilometer of  beautiful engineering, spanning the river Avon- a dramatic hundred meters below. Clifton itself is elegant and interesting. We were glad to be returning later in the evening for dinner. 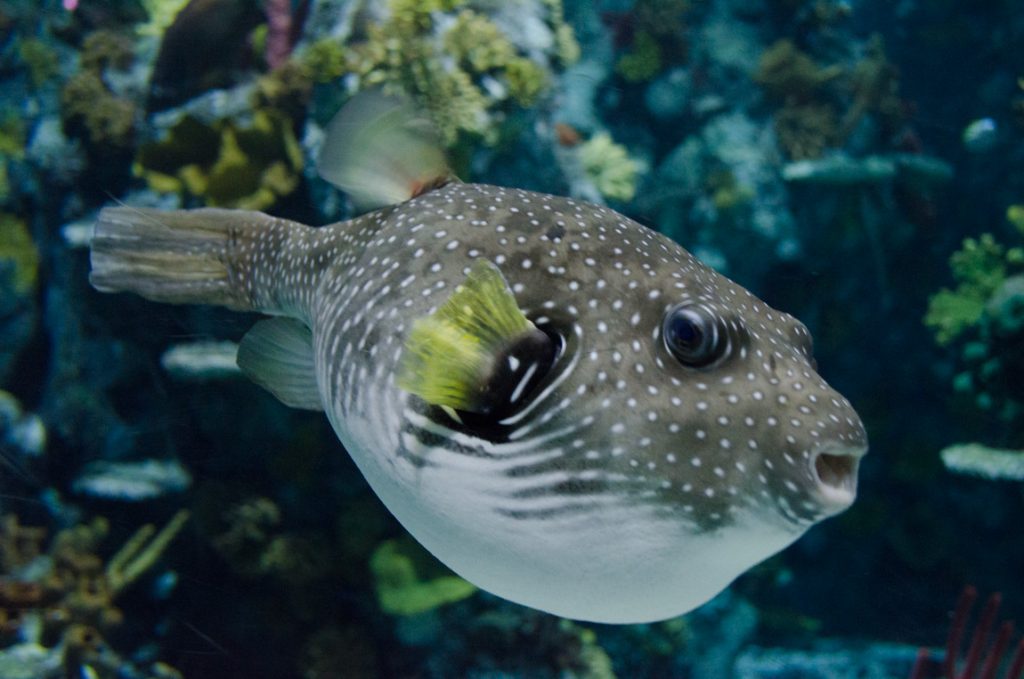 Elena and Chrysoula visited the Bristol Aquarium and loved it– you can actually walk though(!) one of the tanks. Heather and I went to Sunday services at the Bristol Cathedral– I had not had nearly enough of it. It was my first full Anglican service and it was very moving, with beautiful  organ music.

When we met up it was still early in the day. But Heather said we would have to hurry: we would need a lot of time at the SS Great Britain before we have afternoon tea. And honestly we’re thinking “how much time could we need at a large old ship?” Well, you need a lot- it was fascinating from every perspective- historical, cultural, social, and scientific. 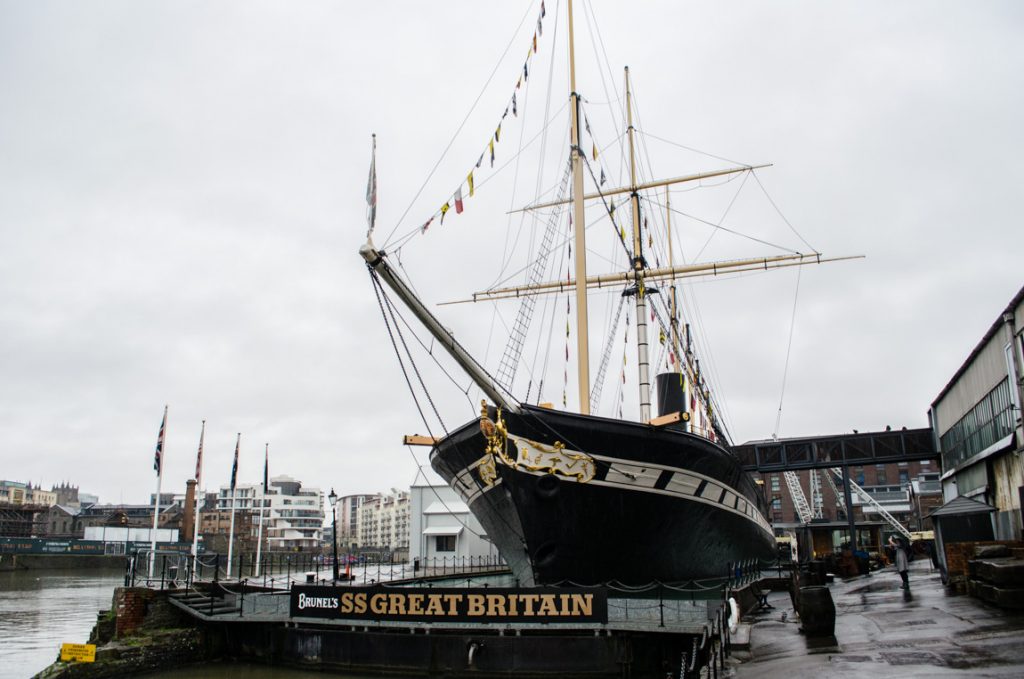 The SS Great Britain, of 1845- also by Brunel– was the first iron steamship to cross the Atlantic, and the longest passenger steamship in the world for nearly a decade.

We explored the tight quarters and imagined being in here for the two weeks it would take to get to New York, and even longer to Australia. Tight as the quarters were, the dining room was elaborate- all velvet and crystal. After exploring the inside, we went down to examine the hull (the ship is dry-docked). The power of the engineering was sheer, raw beauty. 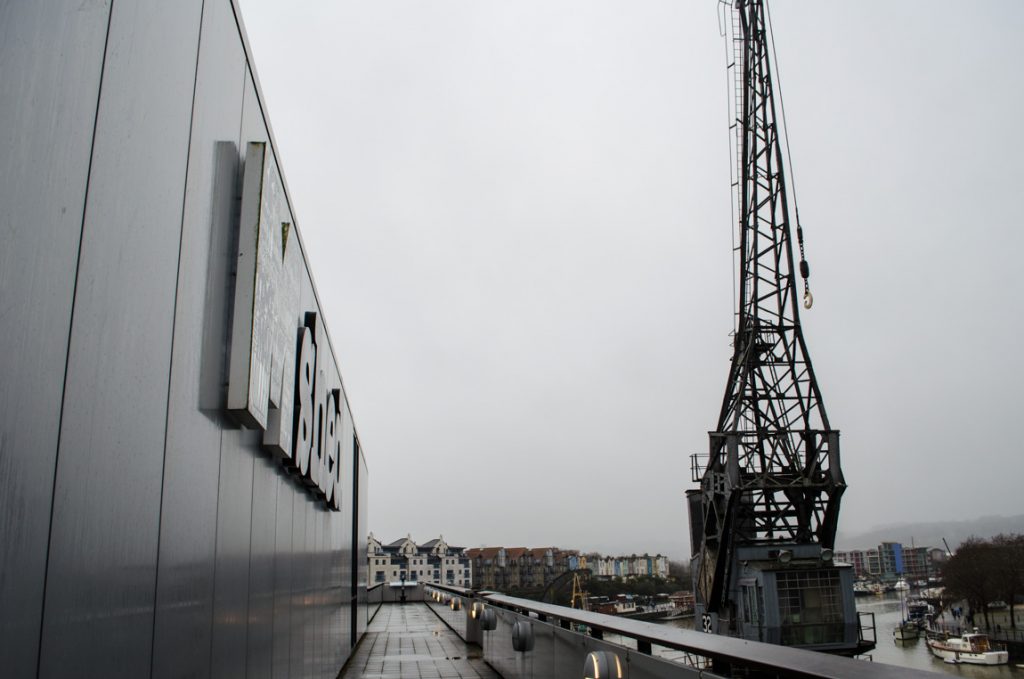 It tuned out Heather was right- in fact, she had to pull us away in the end because it was all so interesting but we had a schedule to keep. We dashed into the M Shed– a museum of Bristol that would also have been great to wander through with leisure but we did get a good taste- the history of the city is explored in all of its aspects through a series of interactive inviting exhibits.

The Hotel du Vin is in the old sugar warehouses and was an elegant, informal mix of industry, antiques, and whimsy. We were here for the full afternoon tea. You know the custom- sandwiches, scones with jam and cream, then tiny pastries.

The Hotel du Vin followed the formula, more or less: tradition where you want it (can’t mess with scones), and elements of surprise. The sandwiches were actually a plate of almost tapas-like bites- tartlets, savory puff pastry swirls, a small hill of smoked salmon on a dark rich bread. It was such a generous selection it wouldn’t fit in the classic three-tired arrangement. So once we’d finished the savories, gorgeous metal two-tiered caddies arrived with plates of scones, then small and inventive sweets, plus- surely in a nod to the room’s original purpose- clouds of cotton candy on sticks. Definitely the most photogenic tea experience any of us had ever had.

After relaxing with more tea at Beech house,  Heather came back in the evening so we could enjoy the short walk to Clifton together for dinner. The Ivy Clifton Brasseie, set in a former bank, was all friendly elegance with a strong sense of identity. Bristol has strong ties engineering and transportation- not just the magnificent bridge and the SS Great Britain, but Rolls Royce and the Concorde were also made nearby. 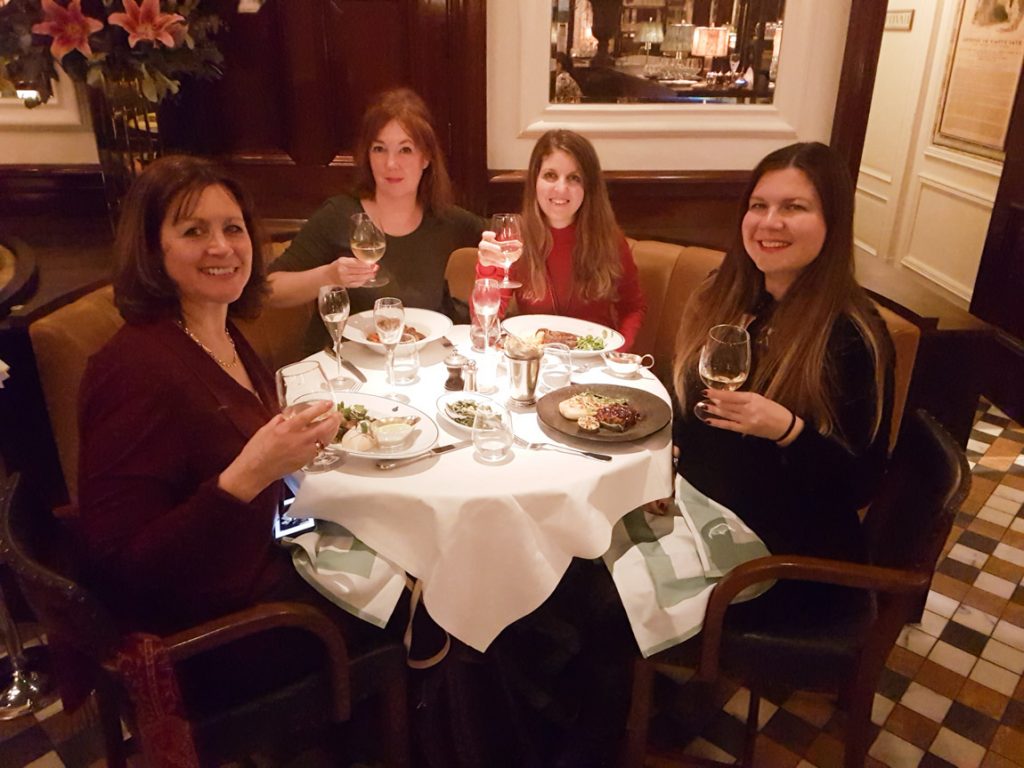 The walls of the brasserie are all devoted to theme- paintings and prints of cars, ships and planes, and crowning the room a mural of the Clifton Suspension Bridge.

The food- dishes both inventive and classic- was excellent. And dessert was a charm.

It was a quiet Sunday night as we strolled back to Beech House- passing tea shops and  boutiques we promise to check out on our next visit, then rows of beautiful Georgian townhouses behind rows of tall trees. The streetlights were golden and it was not raining but not dry- that perfect light mist that refreshes you in England after a meal and drink and gives you a rosy glow. Or perhaps the glow was just from having such a perfect weekend getting to know, and adore, beautiful Bristol.

Be sure to give AA Taxis a call if you’re looking for a cheap taxi service in Bristol.

The Highlights of Bristol: A Weekend Guide